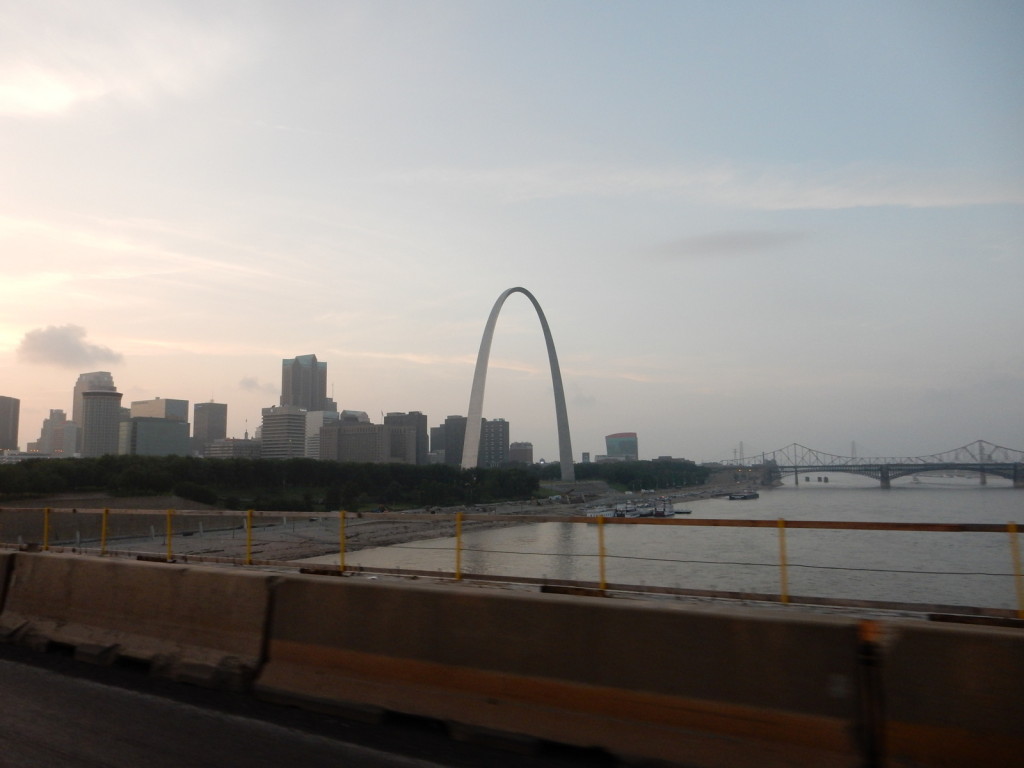 Driving into St. Louis the arch is indeed a focal point of their skyline. 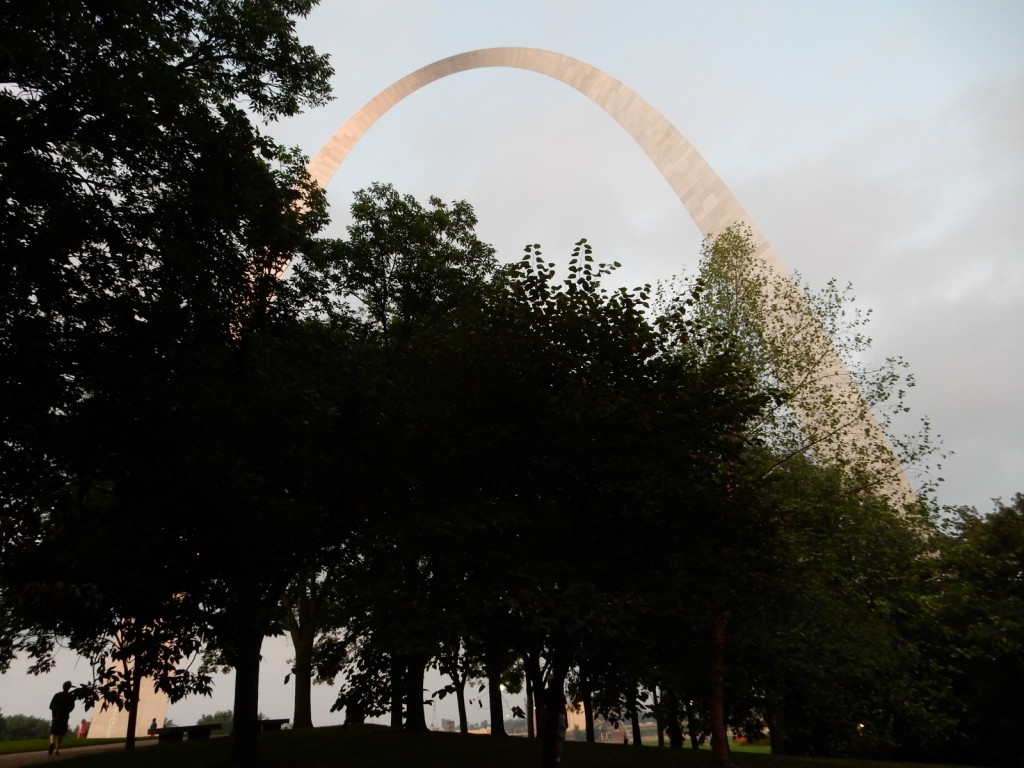 On our way to the arch. 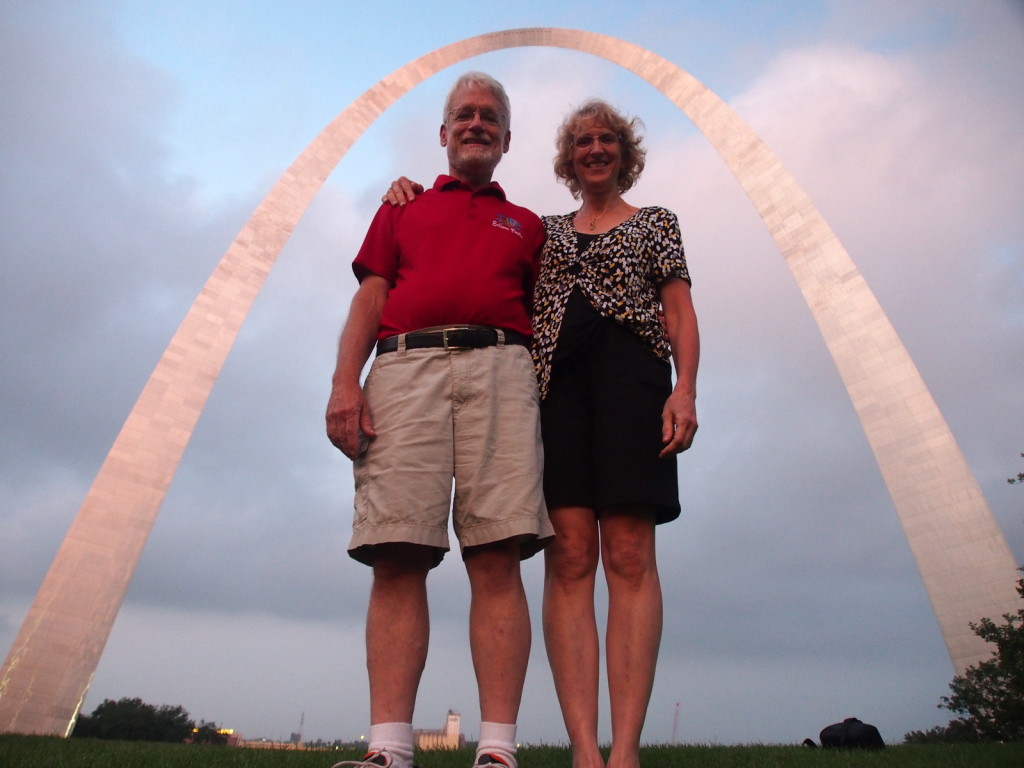 We made it to the arch, but unfortunately we were about 30 mins too late to go up the arch.  We will have to come back. 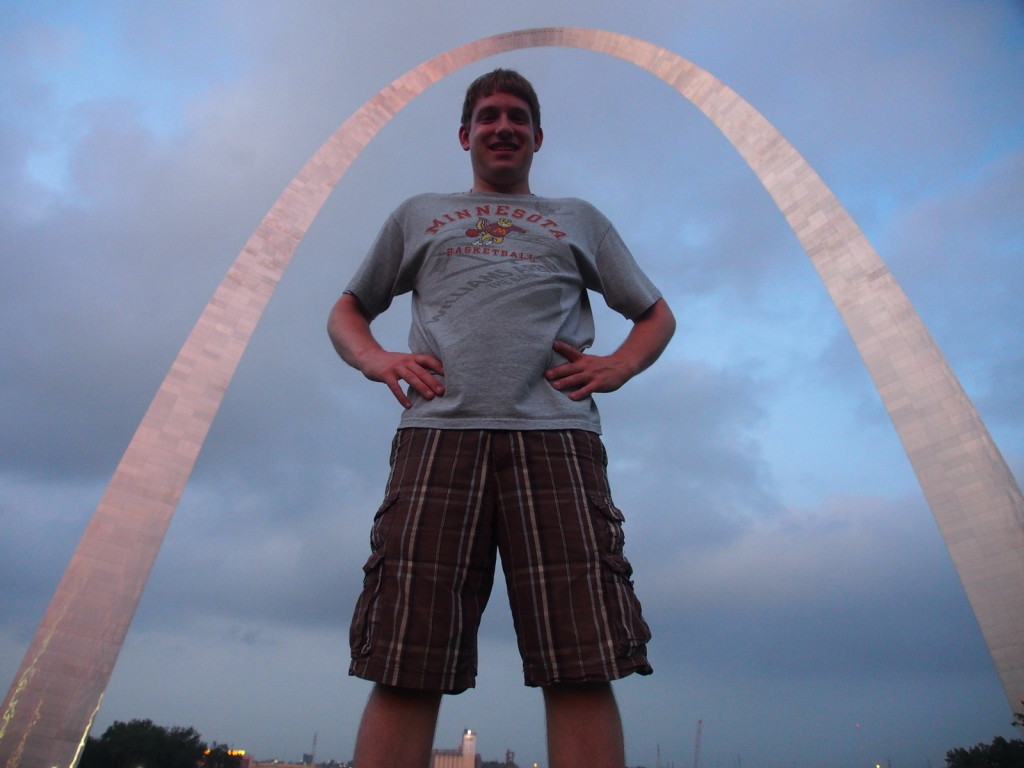 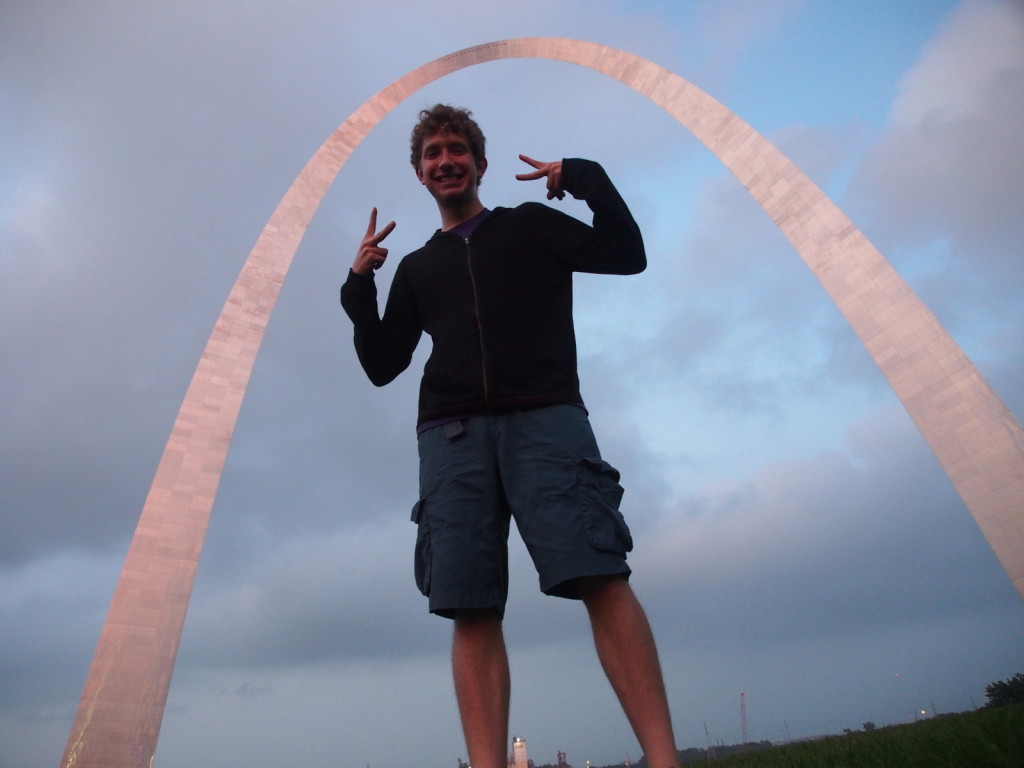 Erik said the arch is now the 2nd coolest structure he’s ever seen. Devil’s Tower is his top favorite. 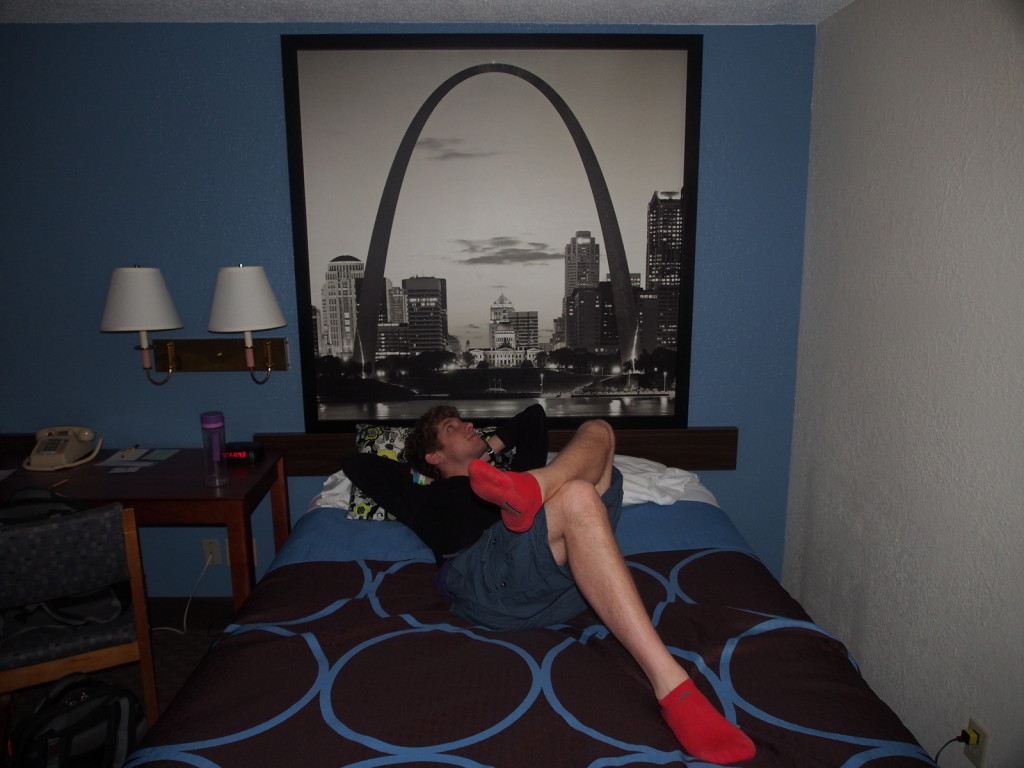 At the hotel, the artwork above Erik’s bed was perfect for him.

We will be experiencing a few caves on this vacation. This was cave number one. 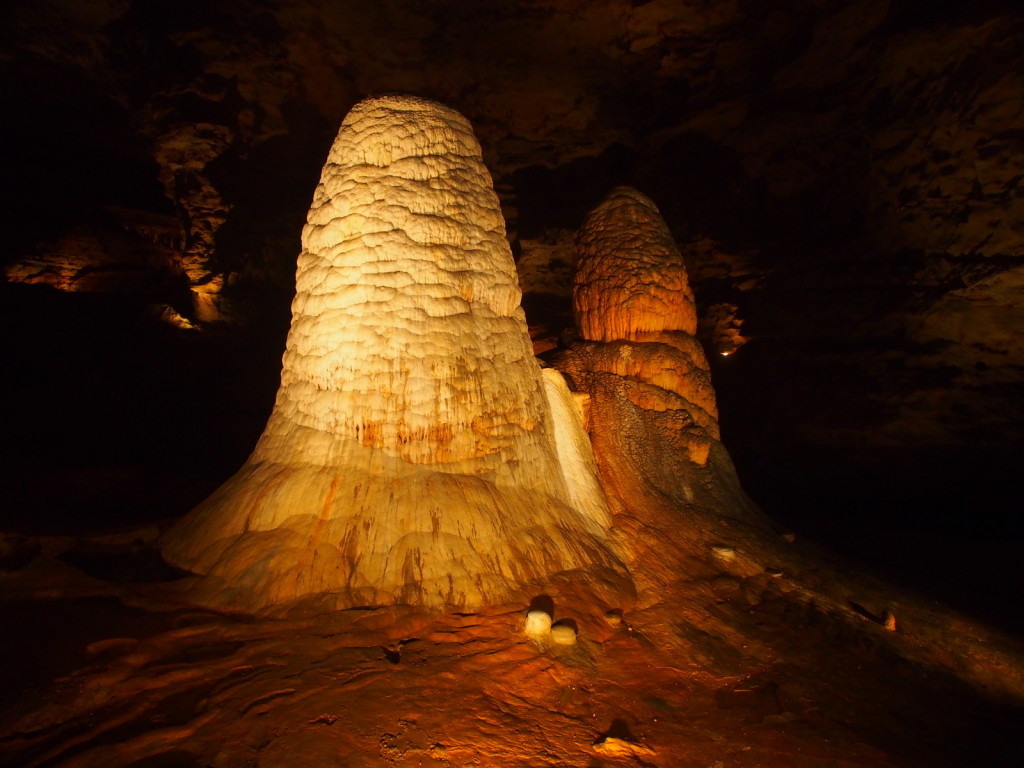 This cave continues to be actively growing.  These are the “twins.” 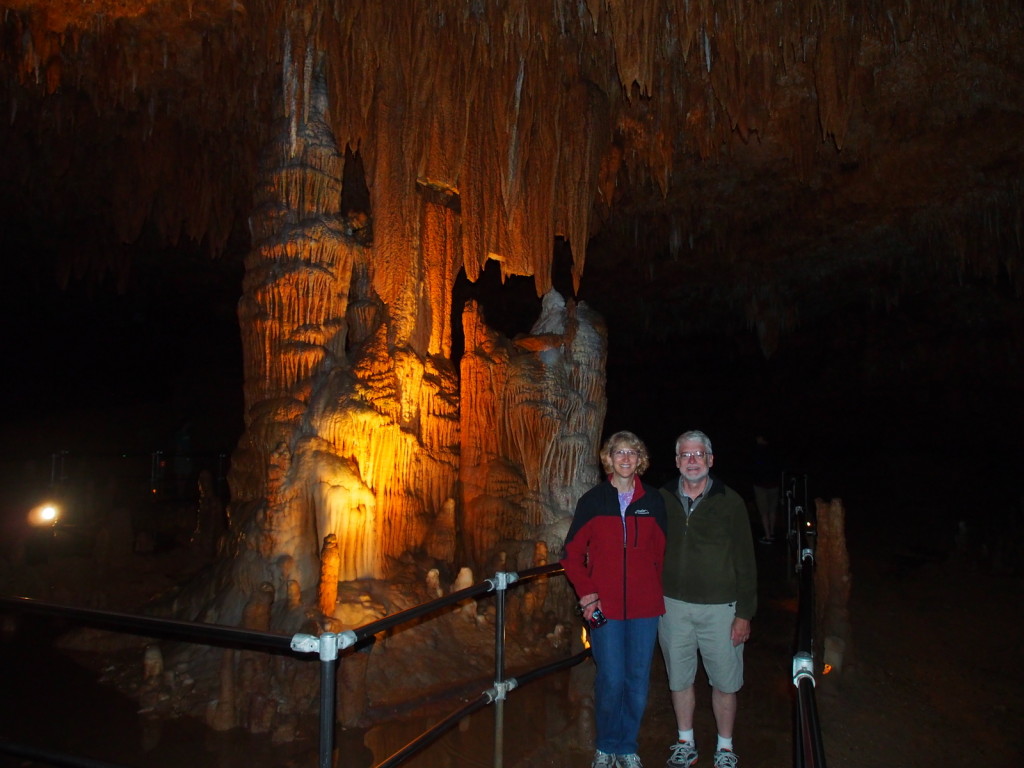 Many interesting formations in this cave. 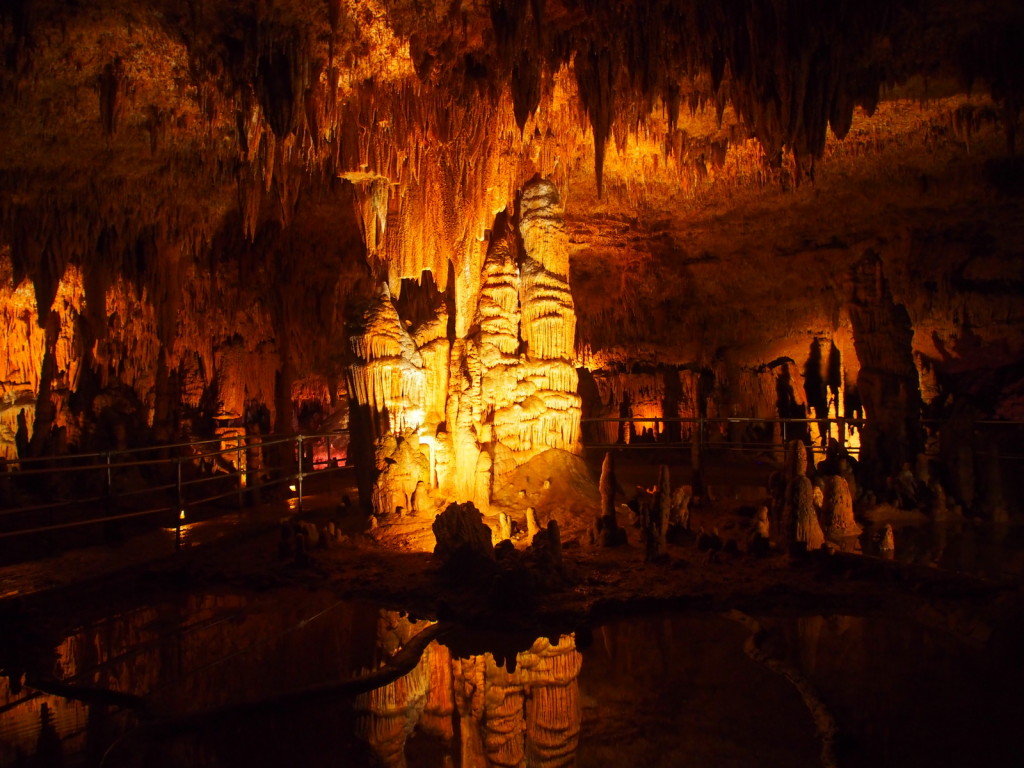 This cave has quite a bit of natural water that seeps into it.  Before it was owned by the state, the owner formed up concrete walls to make the pools.  It is a good idea it was willed to the state finally, although the cave needs GE to come in and donate some LED lights.  You can find algae growing on the rocks by the light sources.  LED lights reportedly would minimize the algae growth. 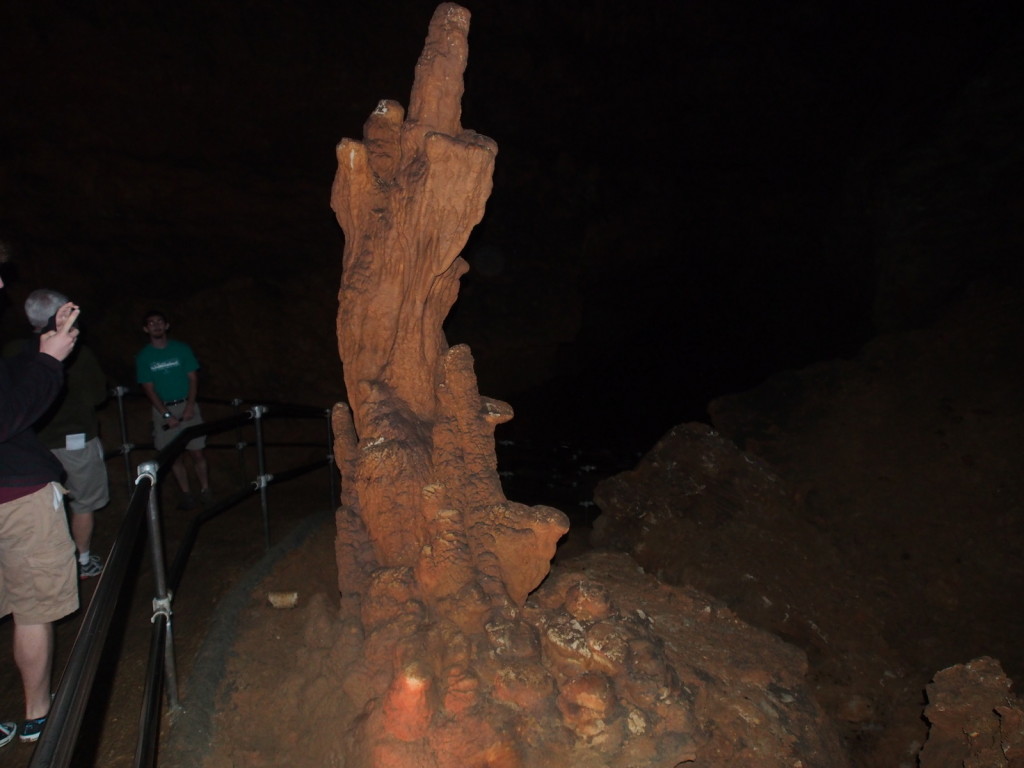 An usual formation.  The ground shifted a few times as this formation grew, thus the curved shape. 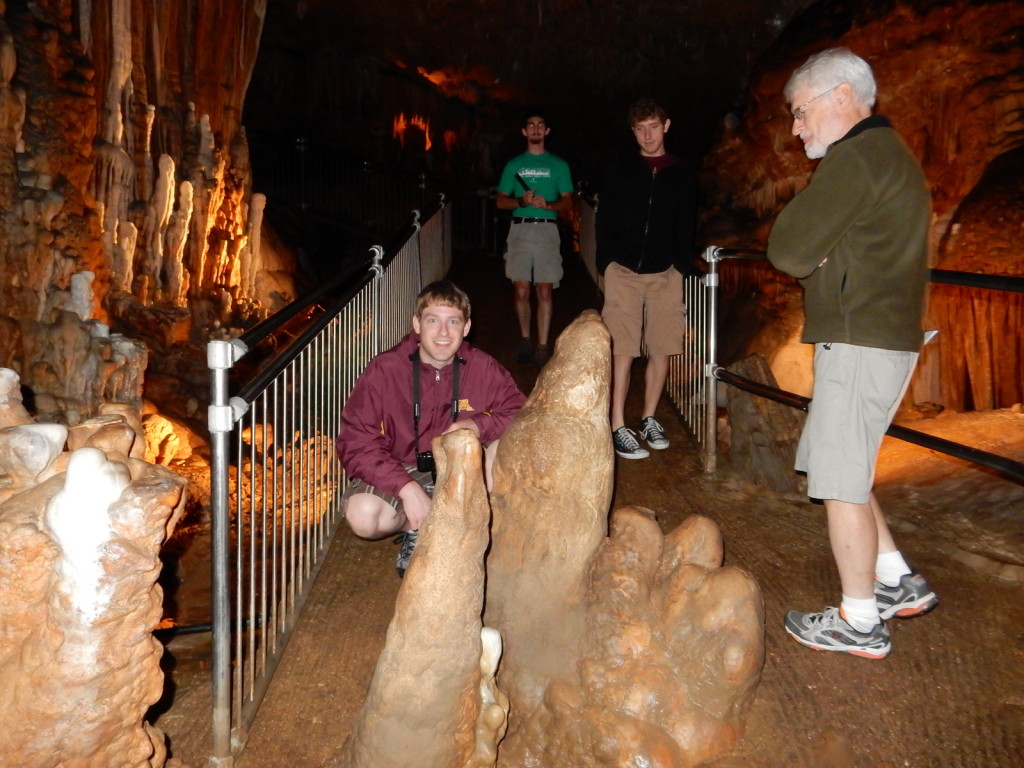 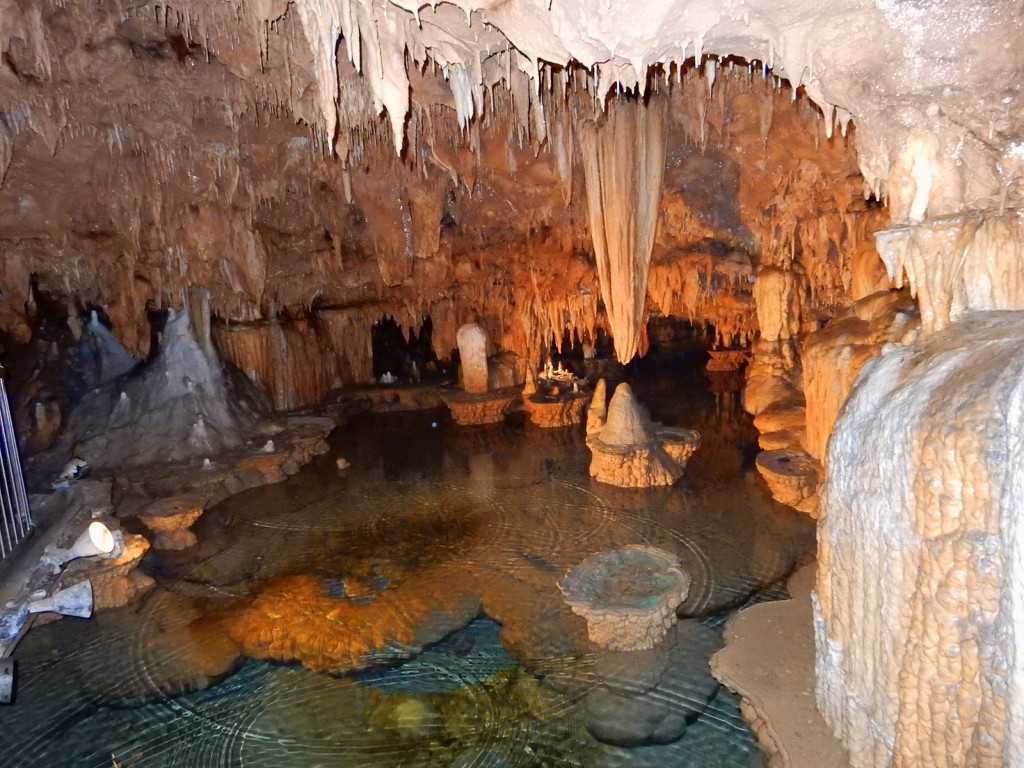 This was by far the most beautiful room, the lily pad room, with it’s pristine water, and lily pad formations. 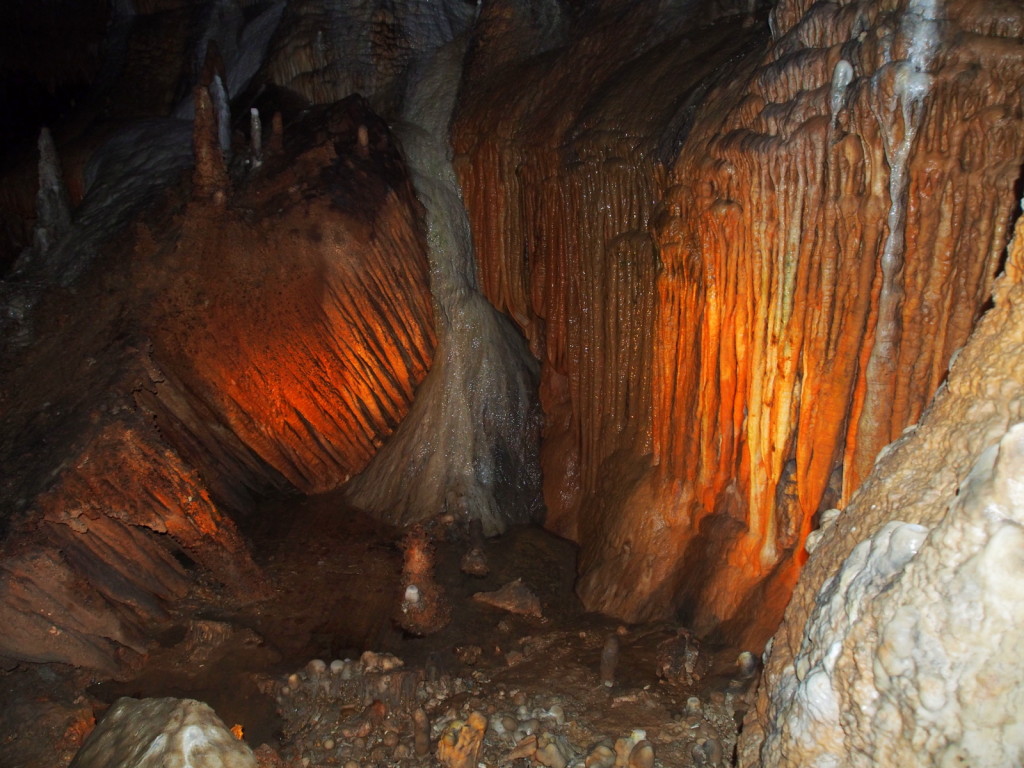 More evidence of cave ins and ground shifting, but the formations have remained intact.

Now we’re off to the Ozarks through Missouri and Arkansas. 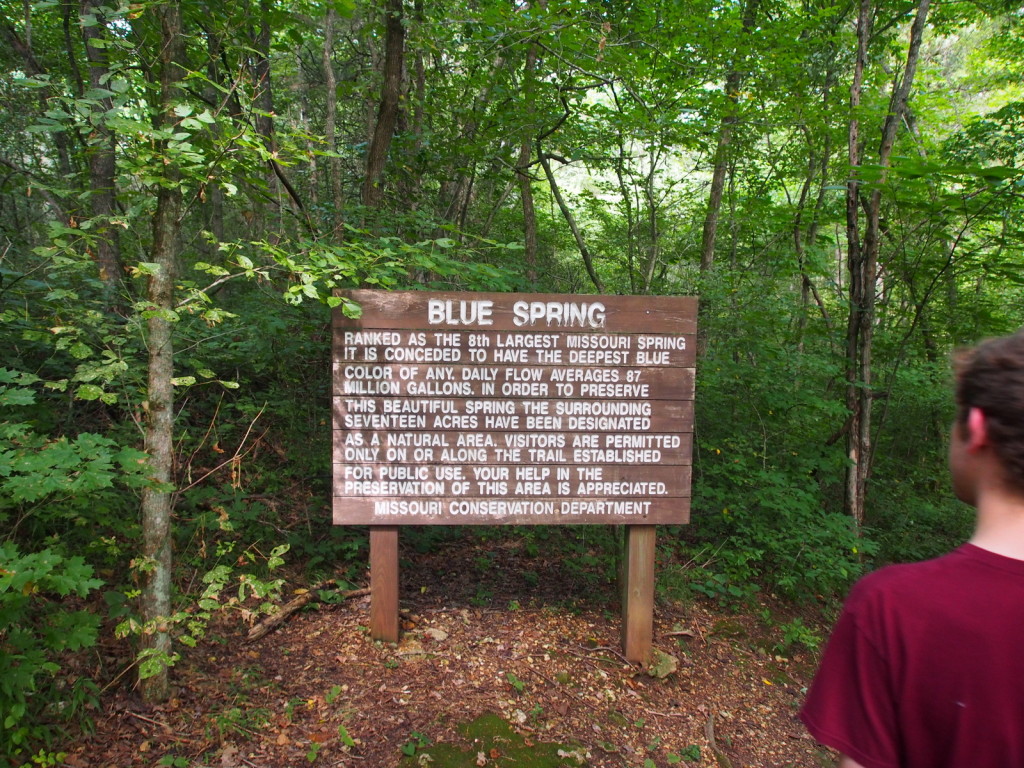 This spring was incredible!  Well worth visiting, but I don’t think visited too much. 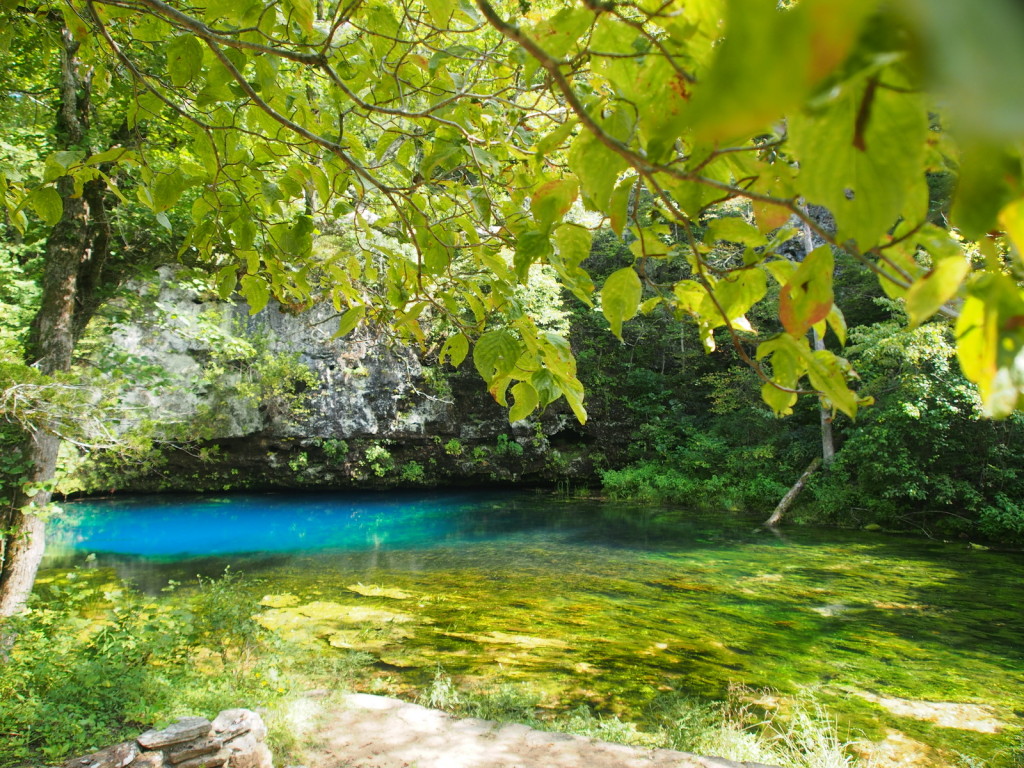 You’d think it was colored water. 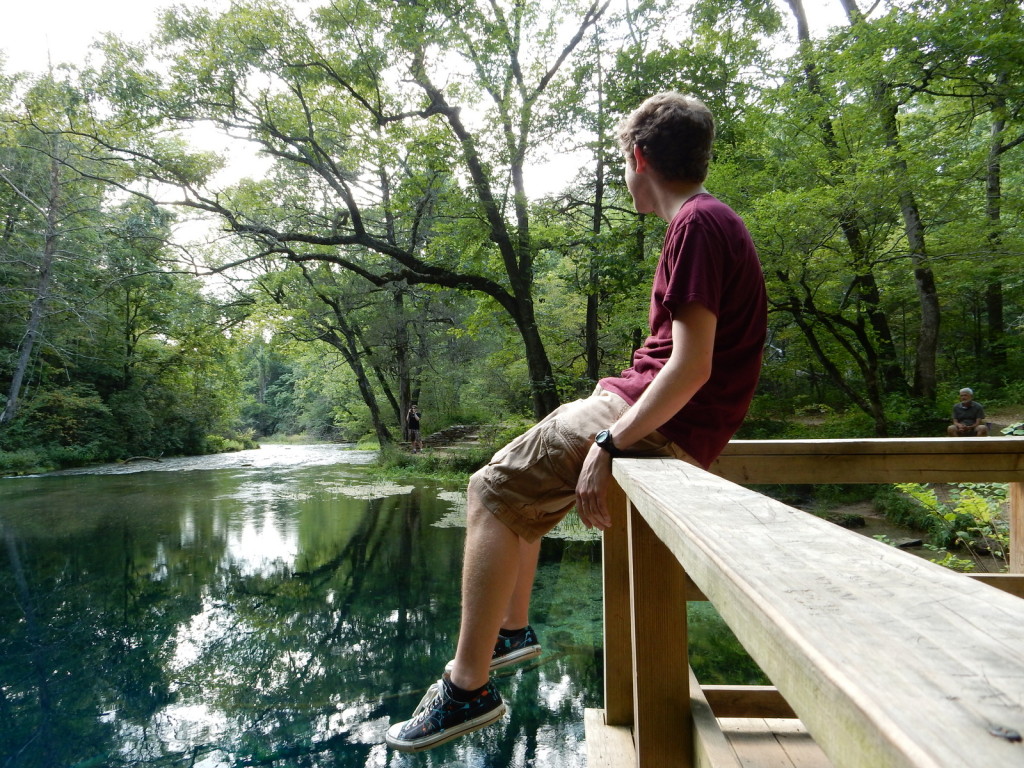 Soon after this photo, Joe, Mr. Butterfingers, spins the polarizing filter off the camera into the water!  We can see it sitting on a ledge down in the water. 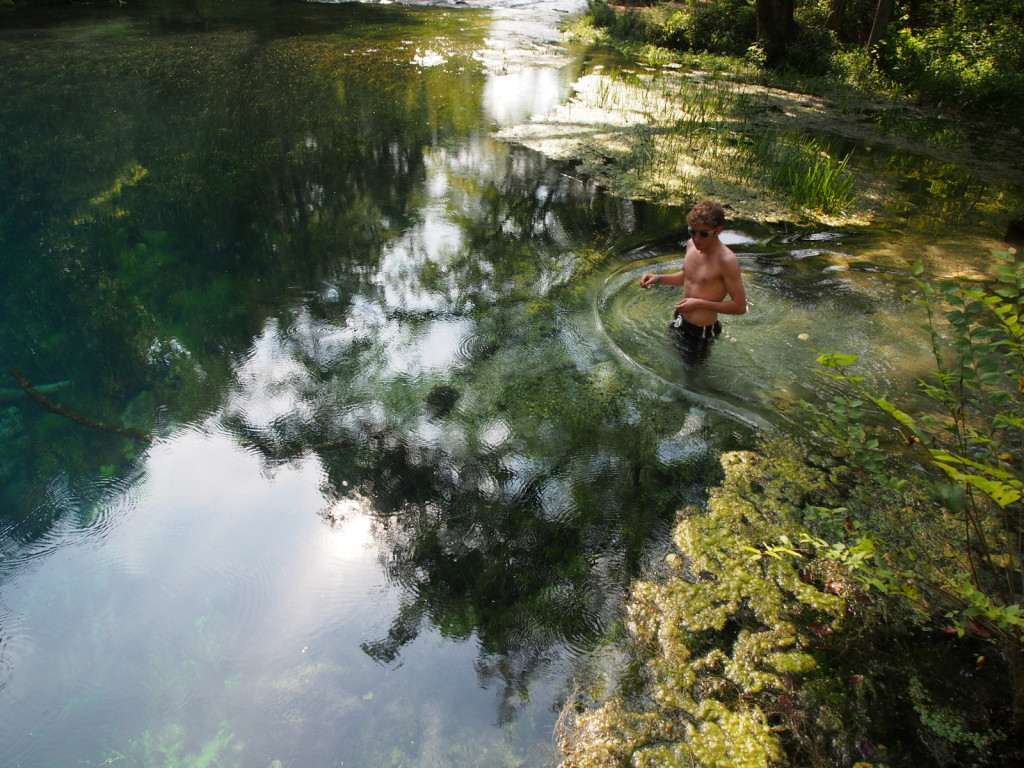 Erik heads into the water to retrieve it, or so he thinks. 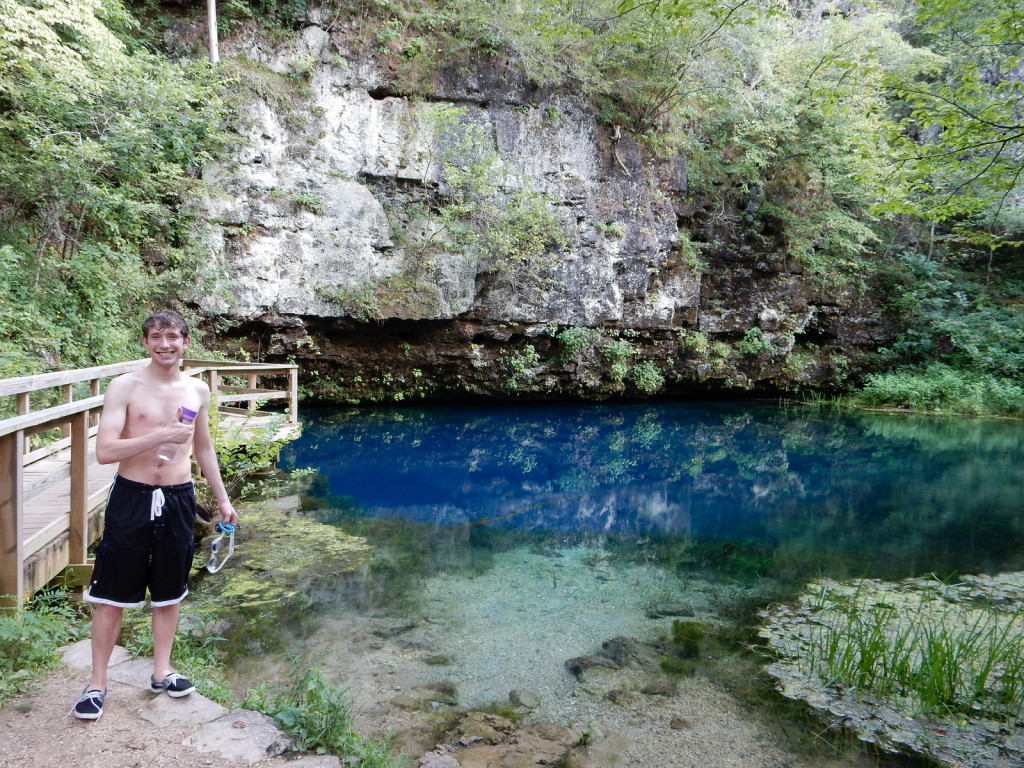 He gave it a college try, but no luck. 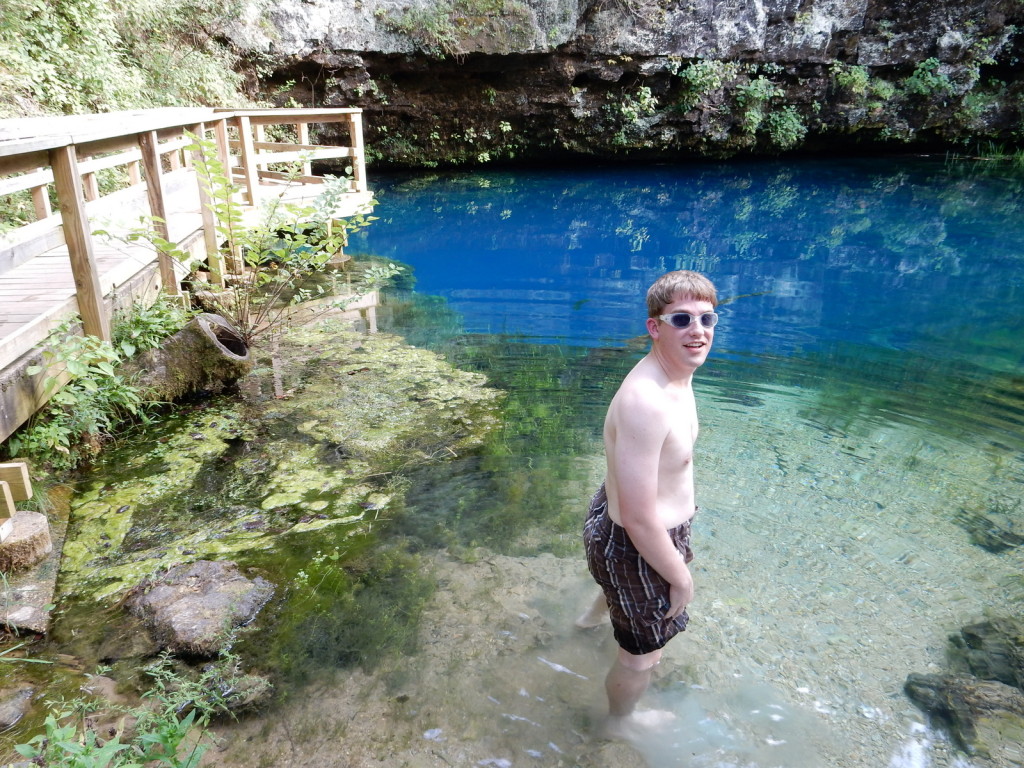 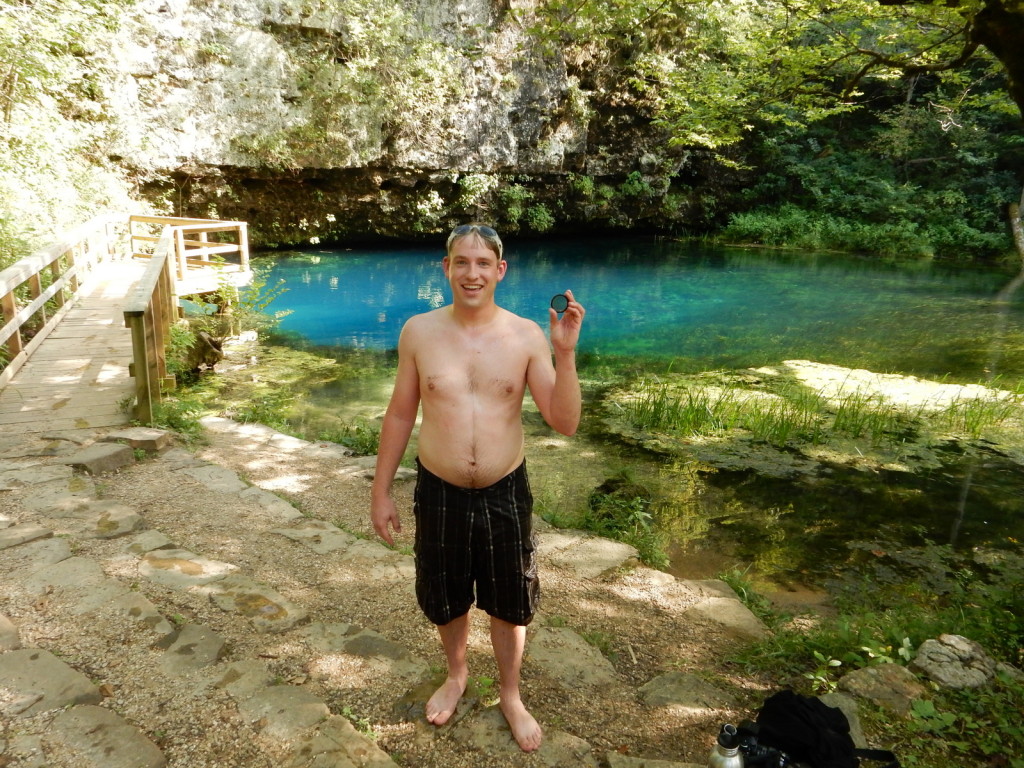 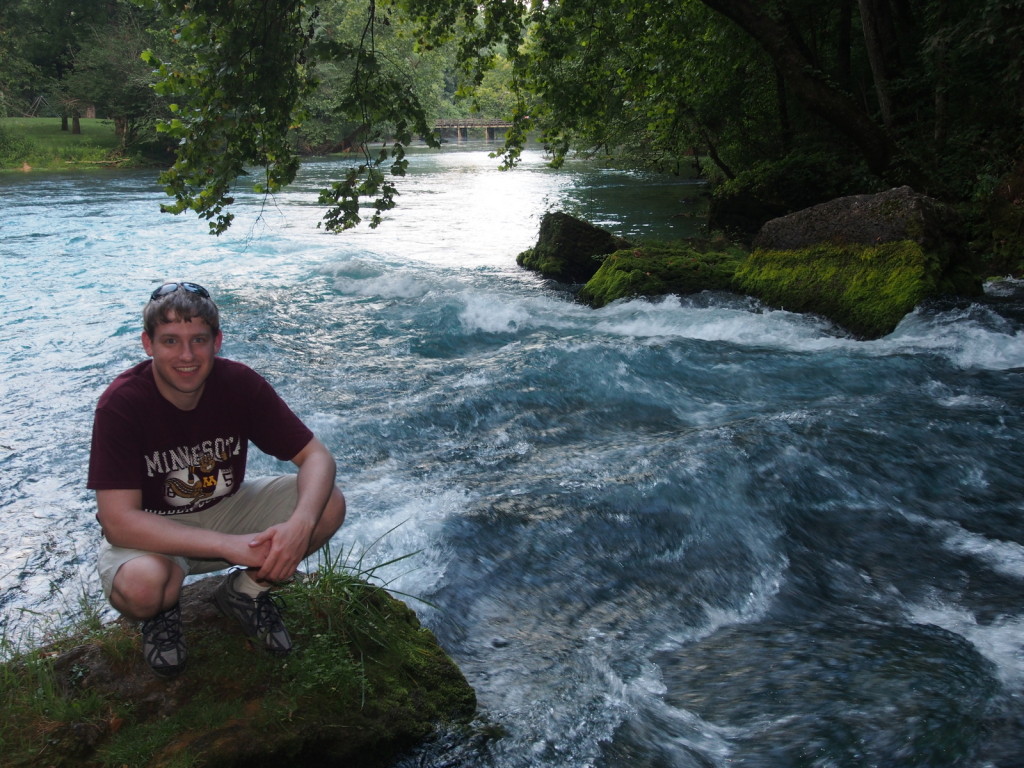 Next we head off to Big Springs.  The water is very swift. 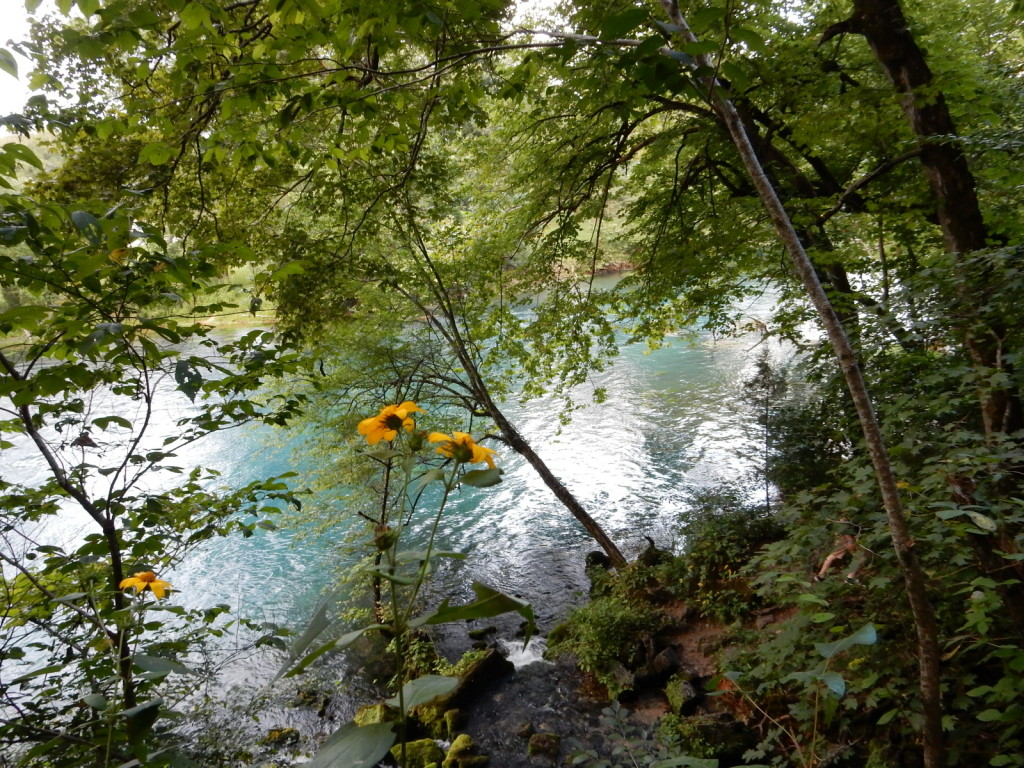 Not too many flowers in bloom right now, but found this pretty cone flower. 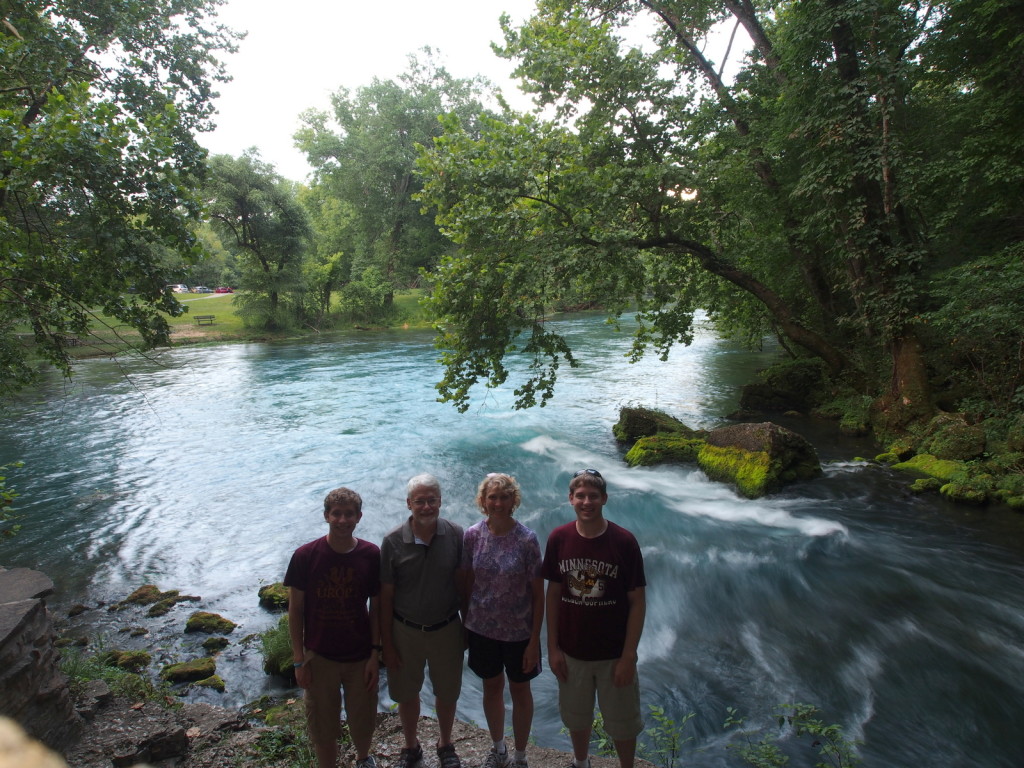 Photo by Big Springs, which really is the outpouring of water from a stream that disappears into a cave somewhere and then magically springs out holes in the rock, hence the name “spring.” 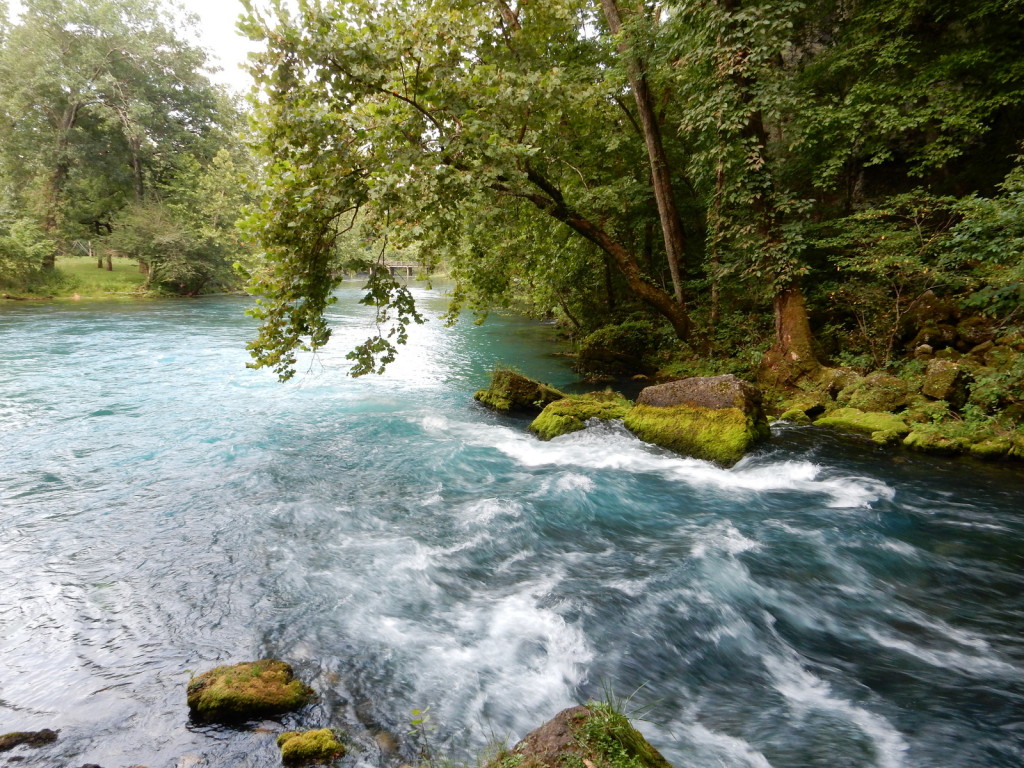 The water was nice and blue, but Blue Springs had it beat in color intensity. 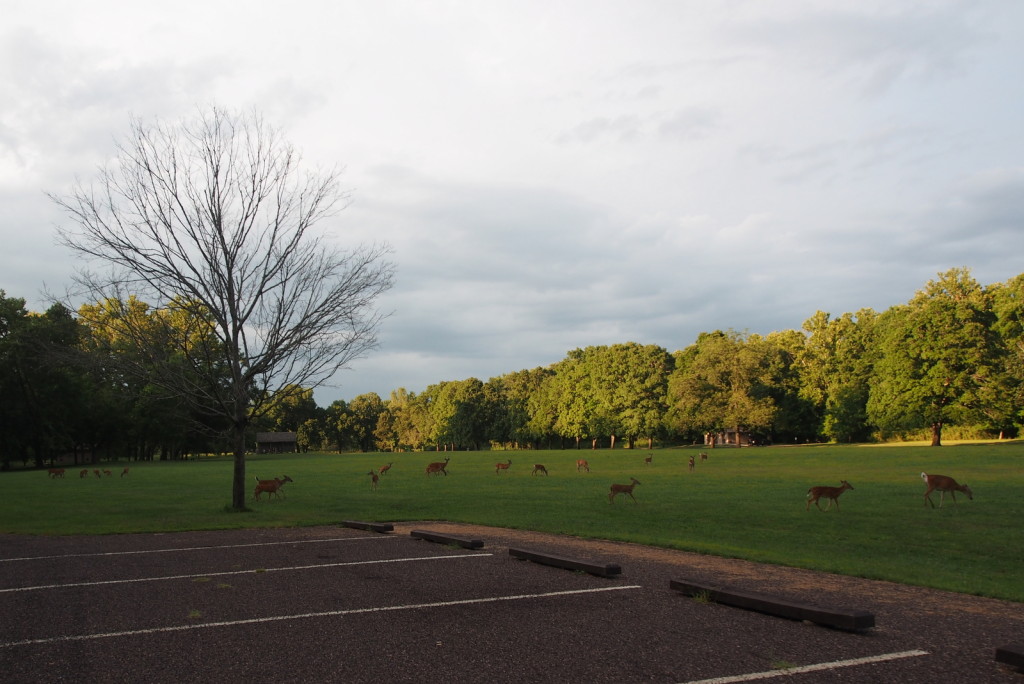 We really haven’t seen much wild life on this trip.  There was a sign entering this park that said it was a sanctuary for animals, and indeed this is where all the deer in this area hang out! 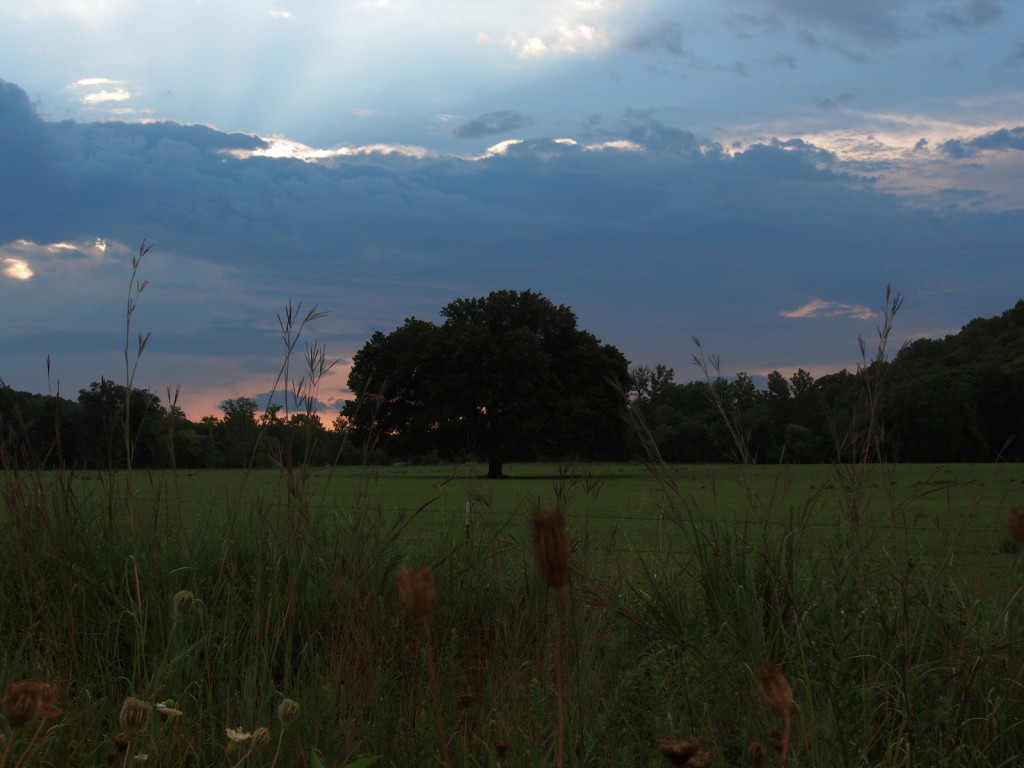 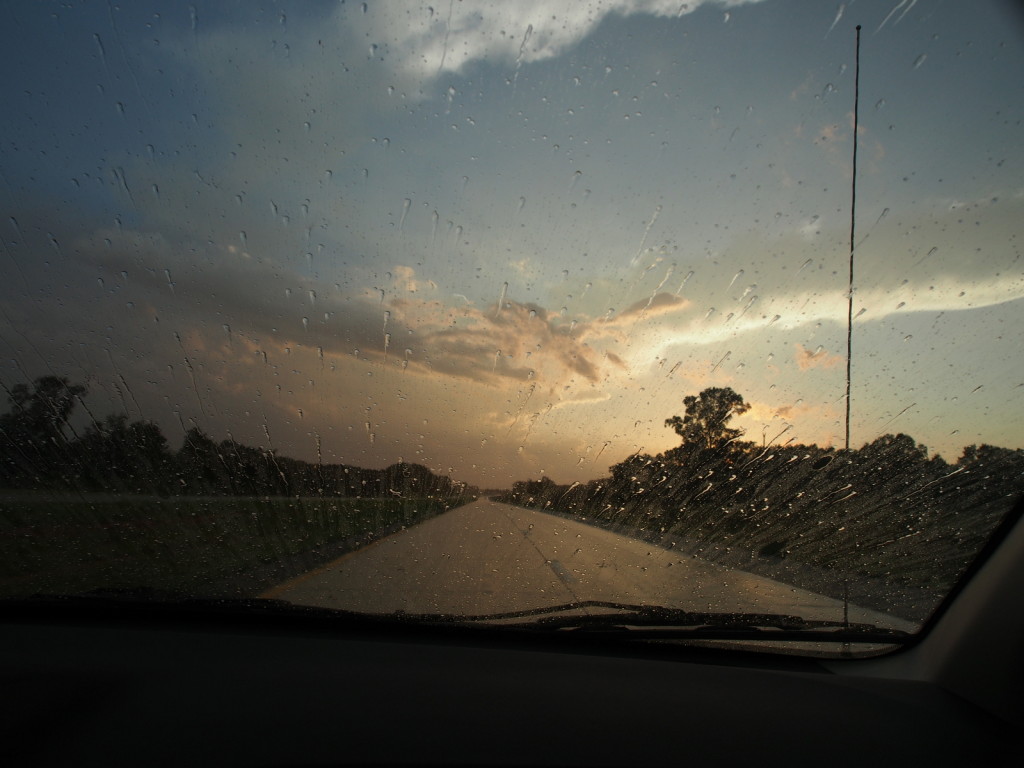 Just a little rain on our way to the hotel, but overall the weather has been great. Hot, and humid, but this is the south in August!